This test was performed to evaluate the performance of the ACG shaft seal over its lifetime. The seals being tested are Viton V30A. 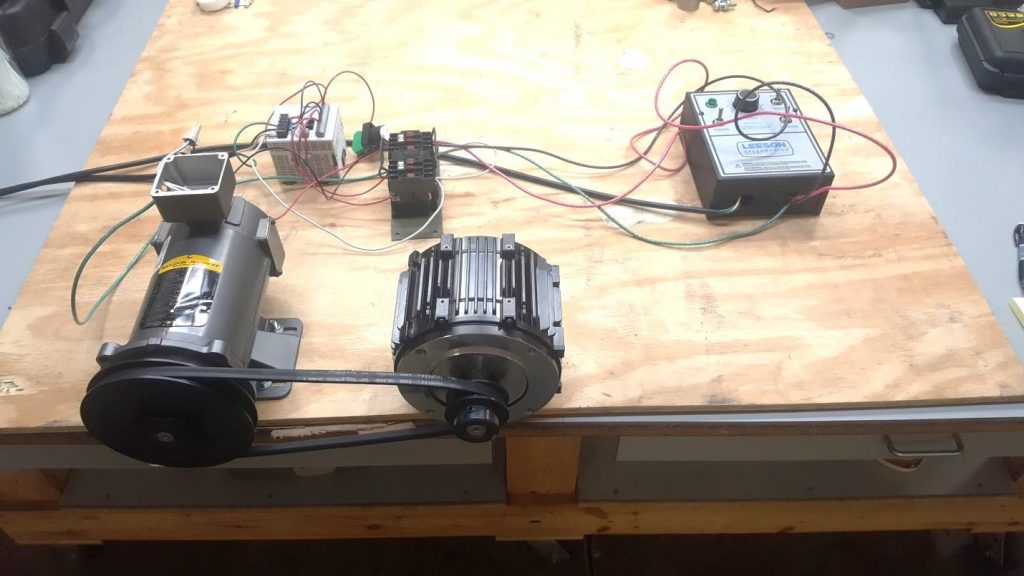 The test was performed using a DC motor to drive the rotation of a shaft with a Viton V30A seal applied to it. The seals were measured and weighed before and after testing.  The PLC controller was used to automate the run time and directional changes of the test. The test was performed by the following steps:

This procedure was performed for two seals.  The first seal used an existing counter-face which had been used for past testing. The original counter-face was used to evaluate a Nitrile V28A seal, and was run five days continuously in one direction.  This test caused the counter-face to wear down and become rougher, and showed that the Nitrile seal will not function as desired over the lifetime test. The second seal used a newly machined counter-face, giving a more accurate representation of the seals performance. 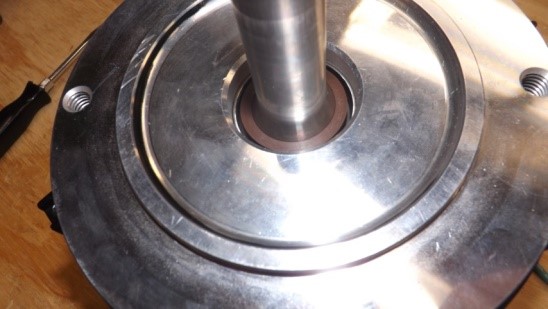 Test 1: Test 1 showed some degradation of the seal lip over the 5 day run time. The counter-face used for Test 1 had been used for V28A Nitrile Seals on continuous multi day testing. These tests were run in a single direction over 5 days, and wore down the counter face.  This resulted in the Viton Seal experiencing some degradation. This test passed the 10 psi pressurization with no losses over five minutes.

After Five Day Run: No pressure loss at 10 psi applied from outside of seal. Held for 5 minutes 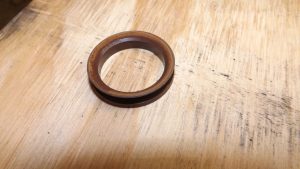 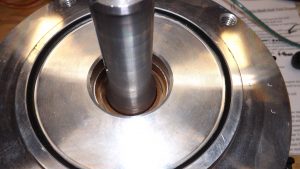 Test 2: Test 2 showed improved results on the newly machined counter-face. There is no degradation of the seal in Test 2. The before and after weight of the seal matched, and there is no residue or dust present in the counter-face.

After Five Day Run: No pressure loss at 10 psi applied from outside of seal. Held for 5 minutes 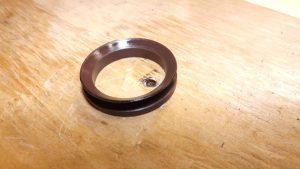 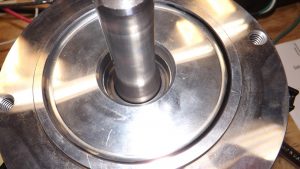 The results of Test 2 showed no degradation of the seal, where Test 1 showed some degradation. This is because Test 2 used a newly machined counter-face. Test 1’s counter-face had been used on previous testing with a Nitrile V28A seals.  This Nitrile seal was a tighter fit on the shaft, and was run continuously for five days in a single direction on the counter face.  This means the counter face was worn down, and therefore exerted more fiction on the V30A seal in Test 1. This rough surface and increased friction resulted in the degradation seen in Test 1.

Test 2’s face plate was used exclusively for the Viton V30A seal, meaning its results are more true the V30A’s performance.  The seal was weighed at 3.038 g both before and after the test, showing that the seal did not degrade over its lifetime performance test. There was no residue or dust left in the counter-face.

Both Viton V30A test seals were able to hold the 10 PSI with no losses, showing that the V seal will perform over its lifetime, even if run on a worn down counter-face.

Viton seal V30A has passed its lifetime wear testing.  The V seal will not degrade over its life time on a new counter face, and will hold 10 PSI applied from the outside of the motor.